A few months ago, I came across this ad on Facebook selling (ACV) apple cider vinegar for weight loss.

I’ve actually known about the benefits of ACV for quite some time but this particular ad stuck to me because I was at my heaviest ever when I saw it. That’s when I dug deeper and asked, “which apple cider vinegar is good for weight loss, filtered or unfiltered? does it even matter?”

Well, yes, it matters — and unfiltered apple cider vinegar is better for weight loss. That’s the gist of it at least.

There’s more to just gulping down vinegar though. If it were that simple, no one with a bottle of ACV would be overweight and all supermarkets would be chock-full of it. That’s what this article is for — to answer the hows and whys of apple cider vinegar for weight loss and to help guide you through them all.

What is the difference between unfiltered and filtered apple cider vinegar?

The main difference between the two is what’s called the “mother”. It’s basically what turns apple juice to actual vinegar.

Having said that, unfiltered ACV still has some “mother” left in it. It’s those things you see floating around inside the bottle that also makes the vinegar look cloudy and makes the taste more complex and intense.

More importantly though, the fact that it’s not as processed as the filtered kind already makes it better for you. Plus, the “mother” is allegedly responsible for why raw, unfiltered apple cider vinegar is better for weight loss.

While there still aren’t a lot of human studies on the matter, the theory is that it’s healthier for your digestive system and is better for your blood sugar — which are great benefits to have if you want to lose weight.

In that case, can filtered apple cider vinegar help you lose weight?

While it probably won’t be as good as unfiltered ACV, the filtered kind should still help.

I say this because most of the studies surrounding apple cider vinegar and weight loss revolve around acetic acid which both of them have.

For instance, one study found that people who took 1-2 tablespoons or 15-30 mL of vinegar (and therefore acetic acid) everyday had significantly less body weight, body mass index (BMI), fat, and had slimmer waists.

Other studies show how acetic acid might help boost fat burning as well as being capable of suppressing appetite.

How do you use apple cider vinegar for weight loss?

I think the 2 easiest ways you can incorporate ACV into your diet is to either have it as a drink or as some sort of salad dressing. Let’s talk about them separately.

Apple cider vinegar as a drink

First of all, don’t drink ACV, or any type of vinegar for that matter, straight. Remember that vinegar is highly acidic and this acidity is notorious for eroding tooth enamel.

So, anytime you drink these pungent condiments, always, ALWAYS dilute it with water.

I’m personally not the biggest fan of just vinegar and water though, so I always end up making this ACV drink from Yummy Yummy Kitchen. It’s essentially ice cold lemonade with 1 tablespoon of apple cider vinegar and a bit of stevia (to keep the sugar content down).

Apple cider vinegar as a salad dressing (or vinaigrette)

You probably already know that salads are inherently healthy and great for weight loss. Add a bit of ACV in the mix, and I think it’s even better.

There are a bunch of easy ways you can make apple cider vinaigrette but my go-to has always been Detoxinista’s version. In terms of equipment, all you’ll need is a mason jar (or anything with a sealed lid) and some elbow grease.

For its ingredients, you’ll need ACV (duh), lemon juice, honey, olive oil, salt, pepper, garlic, and mustard. Oh, and by the way, the last 2 ingredients (garlic and mustard) are among the best spices and herbs for weight loss. We have an entire article dedicated to the topic and if you want to put more meaning to your cooking, I highly recommend that you check it out.

NOTE: Regardless if it’s vinaigrette or drinks, start with just 1 tablespoon of ACV per day and slowly scale up the dosage to a maximum of 2 tablespoons daily.

BONUS: You can have ACV in pill form too!

Aside from using the acetic condiment to make refreshing drinks and tasty vinaigrettes, there seems to be an increasing number of people who prefer to take supplements.

In my opinion, the best thing about these pills is that other ingredients in their respective formulas compound the weight loss benefits of vinegar. Cayenne pepper, for example, is a common addition and it’s scientifically proven to help boost metabolism.

Goli Nutrition’s gummies is currently a best seller on Amazon (at the time of this article) and has one of the highest ratings and most number of reviews I’ve seen for an ACV supplement. I like it just because I think it’s milder (you’ll understand why this is important in a bit) and also has other healthy, natural ingredients.

However, just based on the reviews I’ve read online, a few people might experience stomach related side effects like diarrhea, indigestion, and stomach aches with these kinds of supplements. So, I recommend going under the recommended dosage for at least the first couple days to gauge your sensitivity. Or better yet, check with your doctor first.

Which brand of apple cider vinegar is the best?

I’m going to list my top 3 choices here just so you have more options. Here they are:

My top pick is Bragg’s raw, unfiltered apple cider vinegar with the “mother”. It’s unpasteurized and organic which, to me, automatically makes it better than a lot of its competition. Plus, it retains the “mother” — again, supposedly making it better for weight loss.

Moreover, it helps that it’s virtually available everywhere. It’s actually the only brand of raw ACV that’s in our local supermarket but I did try ordering from other brands online.

What I got from Dynamic Health, to me, the next best thing to Bragg’s. It’s also organic, unpasteurized, and has the “mother” so it should have the same weight loss benefits.

Plus, some people think it tastes better (I don’t have an opinion on this though). In fact, some of them say it’s the best tasting ACV out there, so you might as well give it a try.

Strictly focusing on cost-effectiveness, Eden Foods has significantly more value for money than the previous brands. As always, it still retains its “mother”, it’s still unpasteurized, and it’s still organic. So, yes, expect the same benefits.

However, the reason why it’s so cheap is probably because it’s also the worst tasting. Compared to the other 2, at least. I’m not saying it’s horrible (although some people might) but I honestly added a bit more stevia and lemon juice to my drink when I used this.

Both filtered and unfiltered apple cider vinegar are great for weight loss because they both have acetic acid but the latter is largely considered to be better because it still has the “mother”. Unfiltered ACV is also less processed and mostly organic. That’s always the healthier option in anyone’s book.

However, I do have one more thing left to say before you leave:

There is still no replacement for proper nutrition, regular exercise, and a healthy lifestyle. No amount of ACV will cause a significant change to both your weight and your health if all you do is eat chips and stream Netflix all day. So, get out there, sweat a little, and have yourself some whole foods.

You don’t have to dive head-first though. In fact, you probably shouldn’t. Take it slow. Maybe start walking more and gradually move your way up to more demanding exercises. We actually have a great article on how to lose weight just by walking that I’m sure will help a lot of people get off their couch. 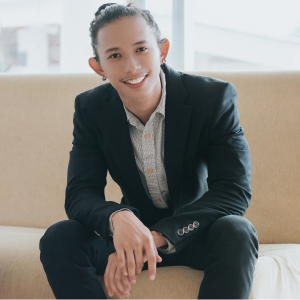 How many weeks is considered a weight loss plateau?

In yours and virtually everyone else’s weight loss journey, there will come a time where

How to do intermittent fasting for serious weight loss

Ever since I’ve tried it, intermittent fasting (or IF) has quickly become one of my

How long does it take to see results with intermittent fasting?

Ah, intermittent fasting. In my opinion, it’s one of the most effective and easiest ways

When do you start seeing weight loss on keto?

For what seems like almost a decade now, keto has been one of, if not

When it comes to losing weight and body transformations, there’s a seemingly endless debate going

How long does it take to lose weight just by walking?

Running, weight lifting, HIIT, all these things come to mind when talking about weight loss

Twitter
Pinterest
Our content does not constitute a medical or legal consultation. See a certified professional for diagnosis/advice. We are a participant in the Amazon Services LLC Associates Program, an affiliate advertising program designed to provide a means for us to earn fees by linking to Amazon.com and affiliated sites.