There are many ways to successfully lose weight, often times you can achieve it by simply balancing out your workout and diet. However, add hunger fighting foods to your diet, and you’ll be sure to achieve it at a faster rate.

Although, one can say that he/she is already following a healthy, and balanced diet, we are here to assist you by sharing how you can add more to your already effective diet, with less effort and demand.

In this article, we will be sharing with you foods that can help you fight hunger and feel fuller longer. If the item is not yet listed in your diet you can add it or perhaps do a little experiment and incorporate it into a certain meal.

Oatmeal is known as one of the healthiest, versatile and easiest foods to prepare out there.

However, oatmeal is more than just a convenient meal. Adding more to its already long list of benefits, oatmeal also has the capacity to help fight off hunger.

Oatmeal does this because oats are a low glycemic carbohydrate, which means even with just low or few consumptions you feel fuller because your body takes a while to digest them.

You often see people, models, or actresses in fitness or diet commercial ads holding a cup of yogurt, which often leads to people believing and categorizing that yogurt is a diet or healthy snack.

Well, at least right now, you can be confident that commercial ads aren’t lying to you about yogurts.

However, there is one type of yogurt which you can fully worry free about consuming, and that is greek yogurt.

Greek yogurt is high in protein which can make you feel fuller, fighting off hunger, but other than that it has other benefits in helping you lose weight such as, it is low on carbohydrates, low on the glycemic index, and helps with your bowel movement.

Now, this is a fun and healthy snack. If you’re not aware, popcorn is considered as one of the healthiest past time snacks out there.

In terms of weight loss, popcorn helps in preventing weight gain because it is a whole grain, meaning, it makes you feel fuller without having to eat a lot. In addition to this, popcorn is low in calories, so even with consuming a lot of it, it will be very difficult for you to add on extra weight.

Another food that helps with weight loss are red kidney beans.

The reason for red kidney beans being able to help you fight hunger is because of its fiber and proteins.

As we’ve mentioned, proteins help make you feel fuller, but as for proteins, they consume more space in your stomach contributing to the “full” factor.

Although, there are many circumstances wherein solids are considered to be more effective in satisfying hunger, the same cannot be said for soups.

There is a theory that suggests the reason behind this is because of the food particles found in soup, which helps in slowing down its digestion.

Also, in a study that was conducted, it was found that people who ate soup were more satisfied than those who ate solids.

Another non-solid food that helps satiate hunger is water.

But what water does besides helping fight off hunger, is it also helps in fighting off false cravings.

We say false cravings because as it turns out when the body is dehydrated, it sends out false craving signals, which can lead to binge eating.

Pears are sweet and delicious fruits. That’s why it can be quite hard to believe that they also help in weight loss and in fighting hunger.

But it’s true. Since they are rich in fiber and low on the glycemic table, they help in feeling full and don’t contribute to raising your blood sugar.

Salads are one of the most well known healthy foods out there, however, there have been complaints that salads don’t really make you feel full.

Well, we are here to solve that dilemma so you can stick with your salad diet, without having to fear being hungry later.

And the answer is actually quite simple. People tend to fill their salads with greens only which is a big mistake, other than not having the daily fiber and proteins you need, you are also letting yourself get hungry quicker.

So the advice is, put some proteins and fiber to your salad, beans, nuts, cheese, and many others.

Despite having quite a number of calories, consuming almonds, doesn’t make you gain weight.

This is true because of two factors, the protein and the fiber found in almonds.

We have already discussed how protein and fiber help in preventing weight gain, however, to help support this fact, in a study conducted people who ate almonds on a daily or regular basis did not gain weight at all.

There are many ways in which we can keep on improving our workouts and diet as it’s an evolutionary process.

And in terms of diet, those are only a few examples of food which can satiate one’s hunger, and help in developing your diet into a more complex and effective one.

Hopefully, through this, we were able to not only help you have more ideas in improving your diet and progress but also help you realize the importance of developing and looking for ways to improve your weight loss journey. As the saying goes, it doesn’t get easier, you just get better.

If this article was helpful to you don’t hesitate to share it. 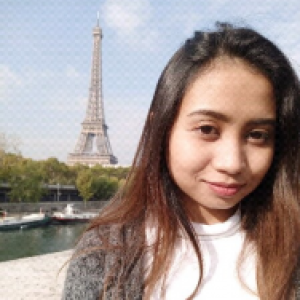 My name is Francine and I write for Sprout Origin. Writing is something that I have always enjoyed doing, but it gives me more drive when I am able to use it to help others. I love improving old skills and learning new ones. I often use my free time traveling, filming, and engaging in photography.

How long does it take to lose weight on a vegan diet?

How To Lose Weight Gradually and Permanently

There’s a fairly recent article from 2016 showing that after 2 years, a good majority

How many steps a day to lose weight fast?

With the rising popularity of the 10,000 steps challenge, there are a lot of questions

With the rise of Fitbit and their goal of having people walk more, you might

You might think food and a flat belly don’t go well together and, really, I

How to find and keep the motivation to lose weight

Speaking from experience, I believe learning how to find and keep the motivation to lose